In today’s modern world, there's a lot of talk about social media, social networking, and more specifically, selfies. Selfies, also known as self-portraits or self-cameras, are currently given lots of attention and debate regarding their influence over modern culture and social norms. I, however, would like to argue quite the opposite- social media, micro-celebrities, and even selfies, are not all that revolutionary or new. It seems to me that they are merely pre-existing phenomena that have adjusted to fit today’s standing in technology and time-space localization. It's all just an extension of the fascination of human faces and the self-centered nature of human beings. While not necessarily a bad thing, it seems to be an inevitable thing that has been prevalent throughout history and in different social proximities.

Selfies have often been called “a symptom of social media-driven narcissism,” a “way to control others’ images of us,” a “new way not only of representing ourselves to others, but of communicating with one another through images…” and more (Tifentale). As Casey N. Cep has rightfully noted, “all those millions of selfies filling our albums and feeds are rarely of the selves who lounge in sweatpants or eat peanut butter from the jar, the selves waiting in line at the unemployment office, the selves who are battered and abused or lonely and depressed. Even though the proliferation of self-portraits suggests otherwise, we are still self-conscious” (6). To boil it down to the simplest explanation, people argue that selfies allow us to control our own self-image, and allow us to control what others can and cannot see about ourselves.

This can either be praised or criticized, though, a tale as old as time. Back in middle school, as small, impressionable adolescents trying desperately to fit in, it was not uncommon to do the exact same thing. Just instead of a picture or a post, it was merely how you carried and presented yourself in public. The same on or off-stage identities still existed, and attributes of yourself that were displayed to the public eye were still carefully monitored and controlled. While you may have enjoyed wearing sweatpants at home, it was not necessarily “cool” or “okay” to dress like a bum whilst at school (this can be said for any passing fashion trend-athleisure is on the rise). So, for many children, dressing nice for school was a must. No one would know about the way you would dress up in old clothes and eat peanut butter out of a jar because you simply would not carry yourself that way in public. 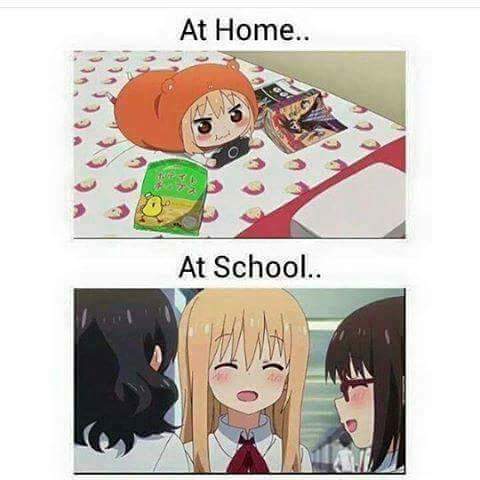 The same applies to selfies and social media. Wanting to have control over your public image is reoccurring in society, which is why I don’t really believe in how important some analysts claim selfies and social media to be (marketing businesses, however, is a totally different story!). So, while “scholars so far have proposed that the selfie among else can function as a means of self-expression, a construction of a positive image, a tool of self-promotion, a cry for attention and love, a way to express belonging to a certain community,” it is really no different than the “on-stage” persona that a person puts on when they leave their home in the morning or to certain members of society (unless they really don’t care about how others see them. In this case, they just do whatever they want. This happens on social media as well. There are always people who don’t bother to make themselves up for photos or carefully construct posts in order to maintain a certain image) (Tifentale 7).

It has been duly noted that selfies can be an extension of art. In photography’s earliest days, there has been a natural tendency for photographers to turn the camera towards themselves. Even before cameras, painters would often create more than one self-portrait (Tifendale 9). Whether it be because of vanity, narcissism, the desire to control one’s own image, or lack of any other subject material, it is evident that using the self as an artistic subject is not a new occurrence. While this also reinforces my notion that selfies and the use of social media to control one’s image are not a new or incredible phenomenon, it also reinforces the notion that it is human nature to have a sort of obsession with human faces.

Psychologists have done several eye-tracking tests to see where a person’s eyes focus on the most when looking at a webpage, picture, or other visual. They have found that areas with the most optical focus have been areas containing human faces. We find enjoyment in looking at other human faces, our own faces, even things that resemble human faces, no matter how abstract they may be.

Scott McCloud, the author of Understanding Comics, offers an interesting explanation as to why people find cartoons so relatable and visually appealing. A human face, in its simplest form, has two dots as eyes and some sort of line as a mouth. A cartoon contains these simple features, and thus allows each human being to see a real human face in the drawing. This allows the cartoon to become universally appealing since the simple features can apply to any real-life, complex face. This also explains why we have the tendency to find human faces in everyday objects. As self-viewing creatures, we see the basic lines of a human face and thus relate the object to our own image. 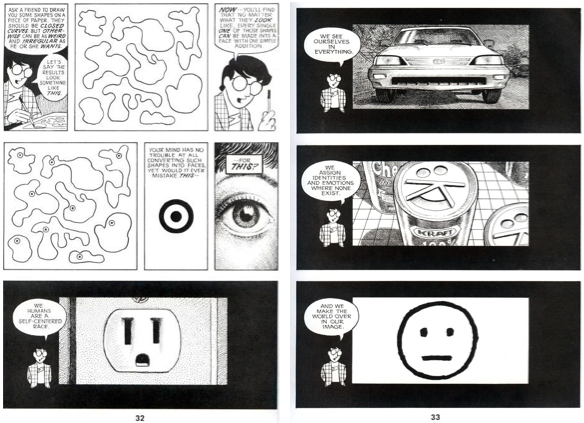 Basically, the concept of self-obsession and the obsession with the human face is not nearly as recent analysts make it seem. The wonder and fascination of faces, especially our own, have existed and affected our outlook on the world from the earliest documented forms of art. Even cave paintings include human figures, which, just like selfies, give the viewer an idea of who that person saw themselves.

Lastly, the concept of social media fame is in actuality a practice as old as documented human existence itself- " influence is not gained spontaneously or accidentally, but through concerted effort. In order to gain and maintain influence, users need to keep great personal involvement” (Cha). Basically, if you want something, you have to work for it. Researchers found that famous social media users did not become famous overnight, but needed to actively pursue and please their followers in order to maintain their fan base and status. This, again, is no new concept. Just as “real” or “traditional” celebrities stay household names by becoming involved in scandals, or continue to release new music, movies, shows, products, or commercials, a micro-celebrity continues to cater to their audiences' demands to stay relevant. I believe that this really refutes the “power of Instagram”, or the power of any other social media for that matter. While the increased connectivity and faster accessibility do help with how quickly a name spreads, the star still needs to work just as hard, if not harder, to continue to produce new material for a quicker rate of consumption.

People often claim that Instagram, YouTube, and other forms of social media sharing websites have created ways for the “regular person” to become a celebrity overnight. However, I would like to counter this statement by defining the word “celebrity”. According to the Merriam-Webster dictionary, a celebrity is merely a very well-known person. Going back to my middle school example from before, the most popular girl in school could have been a celebrity if we followed that definition. Was she the smartest kid? Was she the prettiest? Regardless of the reason, she was just very, very well known. Yet she was a “regular person” just the same. When you think about it, famous singers are just like everyday people who sing in the shower. The only difference is that more people know who they are.

My point is, that the claim that social media and really great selfies can make a normal person a celebrity can technically be false, because a celebrity, by literal definition, is just a very well-known person. This does not matter all that much, much again, it reinforces my idea that micro-celebrities, social media fame, and selfies obsessions are really nothing spectacular or groundbreaking as many analysts suggest. Despite this, there are college classes about the history of social media, whole studies of social media, and even psychological analysis of famous selfies. I suppose this whole reflection has been my thought process on why it doesn’t really matter. Of course, I understand the importance for companies to adapt to more current forms of communication and reach the public, but to understand the phenomenon itself is quite simple. The new social media culture is merely a reiteration of all past communication studies, simply put into a new medium. We have always been fascinated with ourselves as individuals and as human beings, and we have always been interested in those who put the effort into creating a very positive public image. These people often become what we call “celebrities”. It is all the same basic concepts being recycled over and over again, and it will very much likely be recycled again as technology and cultures evolve in the future.